What happens when you discover a 3-year-old disposable camera?

You know how every home has what is universally known as ‘The Shit Drawer™’? You’re looking for batteries for the remote because despite almost mastering self-driving cars, we, the so-called intelligent human race, have not mastered self-charging technology*. “Check the shit drawer”, your dad yells from upstairs knowing you’ll have to battle Allen keys and old Nando’s receipts for the pleasure. 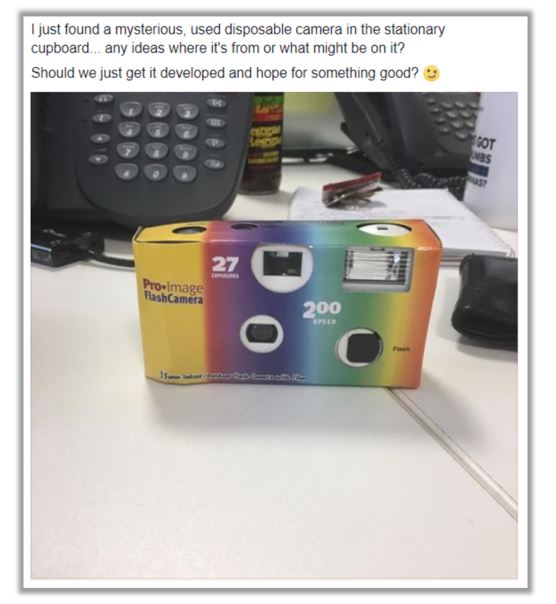 A note went around and we collectively decided that, no, no one knew who it belonged to, and yes, we should definitely get the film developed. We began eagerly speculating what it might hold. The film expired in 2014. A lot happened in 2014. Could this have held selfies with Robin Williams or Joan Rivers? Or did it just record drunken debauchery from our Christmas party? The biggest question, perhaps, is how this camera survived an office move from Windsor all the way to Grays Inn Road.

What we received was far different to what our imaginations had conjured up.

The results were… disappointing.

We received five images of a random (and seemingly very PG) party. Some were ex-Octopedes from days gone by, some were elbows. The headline image is the one below, featuring a group of people that none of us recognise. This looks like a pirate-themed baby shower just absolutely rammed with dads in the 80s or early 90s. And wait a minute. Is that… Is that Moby bottom left with the spit-shine? Classic. 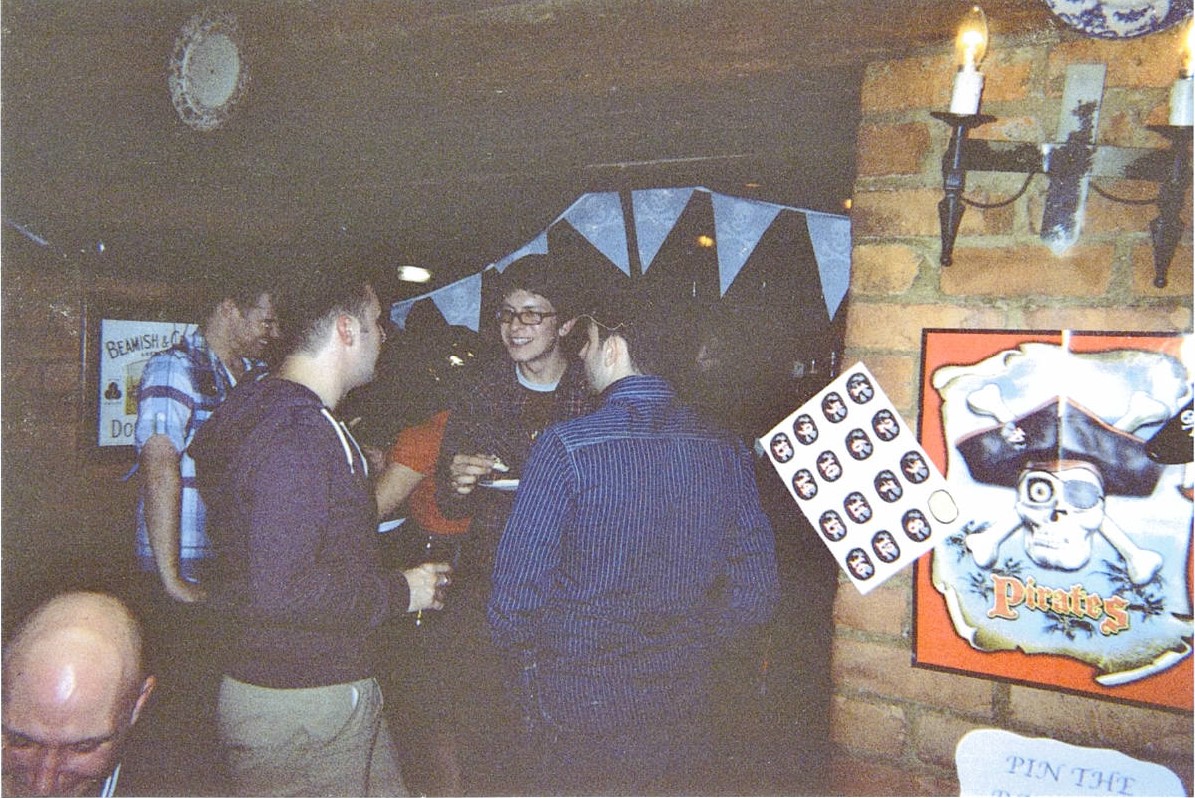 What was the cost of this whole charade, I hear you ask? Ten English Pounds. A gentleman’s ten. A beaut £10.

No, no, don’t shy away in horror at the price.

Snappy Snaps actually gave us discount. Even George Michael’s favourite company felt sorry for how disappointing this was. They were only able to salvage five of the 24 photos on the roll of film. Snappy Snaps couldn’t even bring themselves to charge us the full £15 to get them developed. They allowed us a whole £5 off. That’s a £1 discount for every disappointing picture we received.

I imagine this is how divers feel when they discover a shipwreck, only to find out there was no one famous on the ship when it sank.

Disposable cameras don’t have much of a place left in our lives anymore, save for those who put them on tables at weddings to be wowed when they fork out an arm and leg to see 10 shots of Aunt Susan’s lap.

But with Generation Z supposedly fighting back against vanity and the dark side of social media without wanting to give up their smartphones, is there a place for old and new to merge?

The Korean company Screw Bar is certainly trying. With a new app, Gurdak (sound familiar? Wait ‘til you see the inspired branding), hitting the Apple Store, you can bring back the feeling of using a disposable camera to your smartphone.

The app offers a “film roll” of 24 shots, with a tiny viewfinder, and when you have completed the roll, you send the pictures away to your phone’s very own photo lab. These are then held for three days until they’re “processed” and released to you. After 12 hours have passed, you can start a new roll of film.

Do you hate how technology has increased the quality of images? Then you’re in luck! Gurdak offers you “random light leaks” and the disposable colour cast on pictures that preceded all Instagram filters.

At the end of the day, as disappointing as this adventure was, it could have been worse. It could just be pictures of pigeons. But tell me, when was the last time you saw a baby pigeon?

Our CEO, Jon Lonsdale, speaks with The B2B Marketing podcast

Our D&I initiative with a difference

Save & Accept
Powered by CookieYes