For the third instalment of Behind B2B, our series exploring the brightest minds in the industry, we meet Fiona Campbell-Howes – one of the UK’s leading B2B tech copywriters – to talk copy, Cornwall and Chinese pig farms.

Name a major B2B tech company and chances are, Fiona’s written for them. In fact, she’s spent the last 25 years becoming one of the most respected tech writers in the biz. Now based in Cornwall, she’s played every part from freelancer to agency founder – and these days, she can even be found advocating for Cornwall’s booming tech scene.

How did she get there? Let’s find out.

Fiona, tell us – what did you actually want to be when you grew up?

When I was a child, I wanted to be an archaeologist! Is there a parallel there? Archaeology’s all about extracting the meaning from a site, interpreting what the story is with minimal clues… going through a careful process of investigation… And that’s what you do as a copywriter for B2B tech clients. You extract the story and create something meaningful.

It does sound similar, when you put it like that! Archaeology didn’t pan out, but tech writing certainly did – can you run us through how you got to where you are today?

I was actually applying for an admin role in Windsor – but I mentioned on my CV that I spoke French, Italian, some German. The agency offered me an international PR executive role.

And I said yes, having no idea what that actually meant. They put me on two clients: a manufacturer, and a B2B tech client. It was interesting, to say the least. They’d say, ring up this journalist, and pitch them a story in German – never mind the fact I could barely pitch a story in English!

But despite the dubious German, I fell in love with the B2B tech client. The process of communicating really complicated things to really clever people: that was completely for me.

So in time, you moved from PR to copywriting?

Yes. My career progressed, and all the while I was falling more and more in love with writing B2B tech stories. I became vaguely aware that there was such a thing as ‘freelance writer’, but back then, there was no way of ‘just going freelance’. There was no social media, no LinkedIn.

So I stayed in the industry, learning and moving – until I’d clocked up enough contacts to feel confident I could get the freelance writing work. From there, I moved back and forward between in-house and freelancing. Eventually, a friend invited me to lead the copywriting division at a tech agency she was setting up.

But as we know, you weren’t destined to stay in London. How did Cornwall come about?

In 2006, I met the man who’s now my husband, and he was in Cornwall. We had that chat – who goes where? – and it was a no brainer. I knew I could thrive as a freelancer working from anywhere, so off to Cornwall I went.

I ended up in the happy position of having too much work. I knew Cornwall needed good jobs, and it struck me that I was in a position to create some jobs, create some opportunity. So I started an agency – a specialist B2B tech copywriting agency – called Radix.

It was a fantastic experience. As you can imagine, there weren’t a lot of professional B2B tech writers in Cornwall – so we trained people, hired graduates, often from the fantastic universities nearby. We built up the team, had many very happy and successful years – and in 2018, I handed over the reins to our marvellous Ops and Creative Directors (Sophie Reynolds and David McGuire).

The siren call of freelance life lured you back?

It did. I stayed to oversee the transition for two years, then returned to freelance life – incidentally, just before the pandemic struck, which was interesting.

But fortunately, I’ve stayed busy. After all, so much budget that used to go into live events is now in content – writing is one of the biggest ways you can connect with people at the moment.

That certainly seems to be the case. Could you tell us about what else you’ve been up to – we know you play a really active role in promoting Cornwall’s tech scene?

I’m co-founder and editor of TECgirls, an initiative aimed at getting more girls interested in  tech and engineering. It’s still depressingly common to see girls selecting themselves out of the tech path from a really early age – you know, ‘tech is a boy’s career’.

There’s a lack of role models. We’re working to change that, telling the stories of the fantastic women in the industry. The plan was to have a big event last year, but of course Covid put paid to that, so we’re focusing on content instead.

It’s a fantastic way to put the spotlight on Cornwall’s tech scene and the women working in it. There’s so much going on here; stories of innovation, people solving problems in ingenious ways. I also write about these stories in Lode Magazine – it’s hugely interesting to explore what a tech scene looks like in a rural county, rather than a city.

I love work that makes you see the world in a different way. One of my clients, Spirent Communications, specialises in GPS cybersecurity. Satellite navigation systems can be hacked – the signals can be jammed, or spoofed, which is when somebody broadcasts a fake GPS signal. I write for them about real world instances of when that jamming or spoofing has happened.

Like in China – this pig farmer had set up a GPS jammer on his property to deter drones from a rival pig farmer, who was using them to drop packets of swine fever on his herd. But he didn’t realise that his GPS jammer was disrupting the navigation systems of planes coming into the nearby airport… and that’s a pretty big cybersecurity issue, as you can imagine!

That’s the marvellous thing about B2B stories. You just think: I had no idea that technology even existed. But it does, and it’s wonderful.

For me – and this is perhaps contrarian– it’s not the most creative or the most eye-catching work. It’s the one that gets the best results, the one that delivers on its objectives. So it’s hard for me to say, without being privy to what the results are.

As a writer, there are some phrases I always delete when I come across them. ‘In today’s complex landscape… in today’s hyper competitive economy…’ What does it mean?

But an example I think is great: I worked with Nokia (via their creative agency), which has analytics software so telcos can understand traffic on their network. And throughout the pandemic, Nokia used this to visualise what was happening in the world’s networks.

You could chart the explosion in the use of Zoom, see Microsoft Teams coming in a bit later, spot the rise of gaming as people are getting bored, staying at home… You see a huge drop from Netflix and a corresponding spike for TV broadcasters when political leaders host briefings. Essentially, it’s a really wonderful data visualisation story – those are always very powerful in B2B.

To wrap up with some quick questions – and we know somebody as passionate about B2B as you may rebuff this question altogether… But if you had to jump ship and pick a B2C brand to work for, who would it be?

You’re right – I wouldn’t want to go! For me, that would be a step backwards. I love things that are difficult, intricate, complicated. I love interior design, but would I really want to write about it? I want to keep things like that separate from my work.

If we gave you the power to axe a B2B trope or cliché forever, what would it be?

As a writer, there are some phrases I always delete when I come across them. ‘In today’s complex landscape… in today’s hyper competitive economy…’ What does it mean? Hasn’t the world always been complex and competitive and fast moving? If you find yourself reaching for a phrase like that: write it. Then, write whatever comes next – before going back and deleting the first bit!

That’s a good tip! Any others, to finish?

So much goes into a great bit of writing. At Radix, we had a 15 point quality framework! But ultimately: think about the reader and their experience. Is it interesting to read? Is it enjoyable to read? If you can manage that, you’re off to a good start.

Keen for more Behind B2B stories? Read our interview with Tyrona Heath from the The B2B Institute @ LinkedIn now. 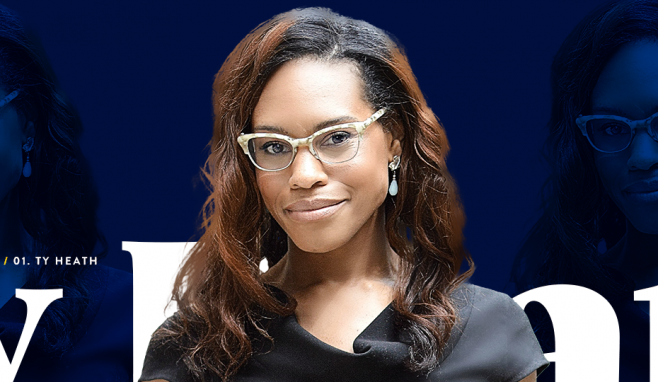 For the second instalment of Behind B2B, our series exploring the brightest minds in the industry, we meet Brian
Read more
1 / 5
We use necessary cookies to enable website functionality, security features and understand the performance of our site. Users have the option to adopt analytical cookies and serve more relevant content to you. We may also offer analytical cookies on our and our partners' behalf to help us deliver more targeted ads and assess the performance of these campaigns.
Cookie settingsACCEPT
Manage consent