As a wise man on r/showerthoughts once said: starting a new job “feels like joining a series in season 4.” Everyone has stories about each other, in-jokes that “you had to be there” to get and, since the pandemic, shared memories of an office space you can’t even imagine because you haven’t been in the building yet.

When I started at OG in January 2020, one topic that never failed to make me feel intense FOMO was Roctostock. On paper, Roctostock is a 24-hour company retreat hosted each year to help Octopedes recharge and reconnect. But it’s so much more than that. It’s the topic that always gets 35+ notifications on Slack. It’s the memory that people fondly call upon in the pub after a long day. It’s where unforgettable anecdotes are born.

So, when it finally came around, I could not have been more excited. We packed our costumes, tents and other camping gear onto the coach and an hour later, we were dropped off at a field in Marlow, Buckinghamshire where activities were waiting for us.

Every game was based on the theme “Passport to Paradise ” and took us across the world –  volleyball in Ibiza, beer pong in New York, hot sauce challenge in Mexico and limbo in the Caribbean. Like all corporate icebreakers, it all began a little awkwardly. But in the end, we were high-fiving each other over small, unimpressive achievements that could potentially help us crawl up the leaderboard.

Awards were distributed to the best performing team and the best-dressed team. Team Paparazzi won the most points and got a bottle of champagne for it and Team Funf won for their Diving outfits.

AND, the bloomers had pockets!

After lunch, a spontaneous game of rounders broke out while Band to Sales warmed up for their highly anticipated performance. On another end of the field, a group of people were pressing glitter on their cheeks and foreheads to get festival-ready.

Band to Sales got the party started with Basket Case and went on to cover plenty of classics – Valerie, All The Small Things, and of course, the song of the summer, Sweet Caroline. The company favourite? Smells Like Teen Spirit.

Hours later, the party wound down. While the extroverts continued dancing under the canopy tent, the introverts squeezed onto a small bench for deep, meaningful conversations about the best movie they’d seen that year. Everyone had found their place.

It rained hard that night and even though the field became wet and muddy and we’d all slept in soggy tents, we woke up tired but happy.

Weeks later, I still find myself relating to people in the way I spent time with them at Roctostock. They’re no longer just brilliant people with great ideas on a Zoom call. They’re the guy who taught me how to play beer pong and the girl who loves ABBA as much as I do and the people that sang Uptown Girl with me at midnight.

So, I finally get it. It’s the event of the year. A moment to forge deep ties. A hall pass.

And if you missed it this year, Roctostock 2022 will make an Octopede out of you.

How can you make sure you’re getting the most from any marketing automation investment?
Read more 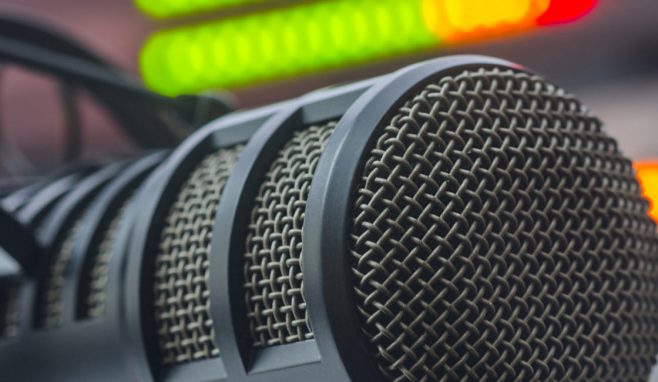 P is for Planning: The Business Marketing Club Podcast

As part of the A2Z of B2B Marketing from The Business Marketing Club podcast series, Billy Hamilton-Stent joined Antonia
Read more
1 / 10
We use necessary cookies to enable website functionality, security features and understand the performance of our site. Users have the option to adopt analytical cookies and serve more relevant content to you. We may also offer analytical cookies on our and our partners' behalf to help us deliver more targeted ads and assess the performance of these campaigns.
Cookie settingsACCEPT
Manage consent