And it definitely didn’t disappoint.

This year’s theme was Wild Wild West. So as part of the event team I arrived early in the morning to turn a field in Marlow into the best saloon in the Home Counties, complete with giant cacti, WANTED posters of our founders, beer pong, and a dress-up stand with lots of glitter. Because what is a festival without LOTS AND LOTS of glitter?

At 1pm the coach rolled in, filled with fellow Octopedes dressed in their checked shirts and cowboy hats. Alongside our very own Pocahontas, Matt Boakes – a highlight, if not necessarily for good reasons!

We soon pitched our tents, before setting off into the field with our groups for the team building activities. In keeping with the Wild Wild West theme we had an epic day of blindfolded teepee building, rifle shooting, quick-draw lessons (from a hunky looking ex-military French man), lassoing, a bucking bronco and a very memorable ‘cattle-herding’ experience, leading four ducks through an obstacle course. 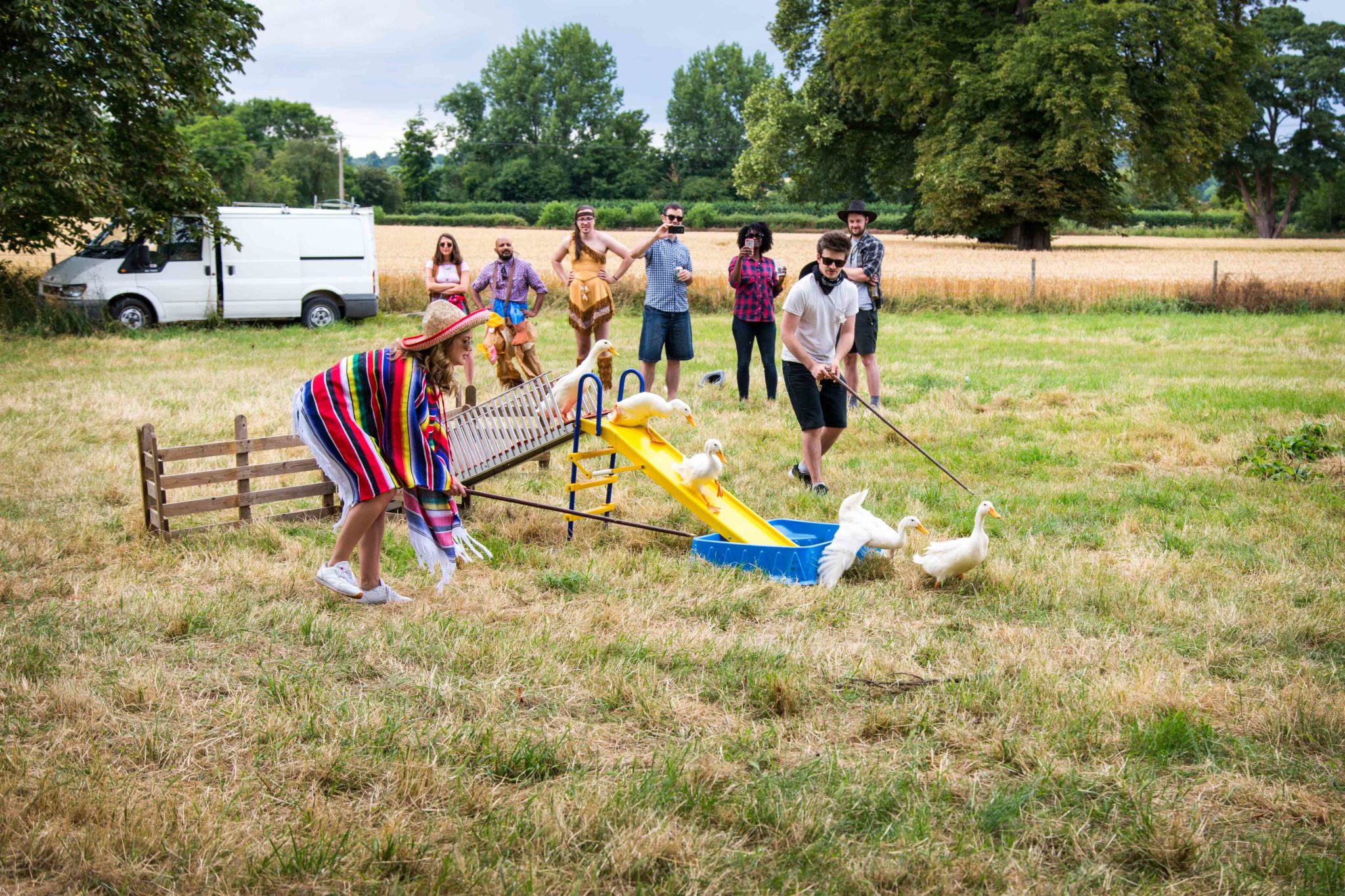 Jay-Jay our bronco champion with 37 seconds! 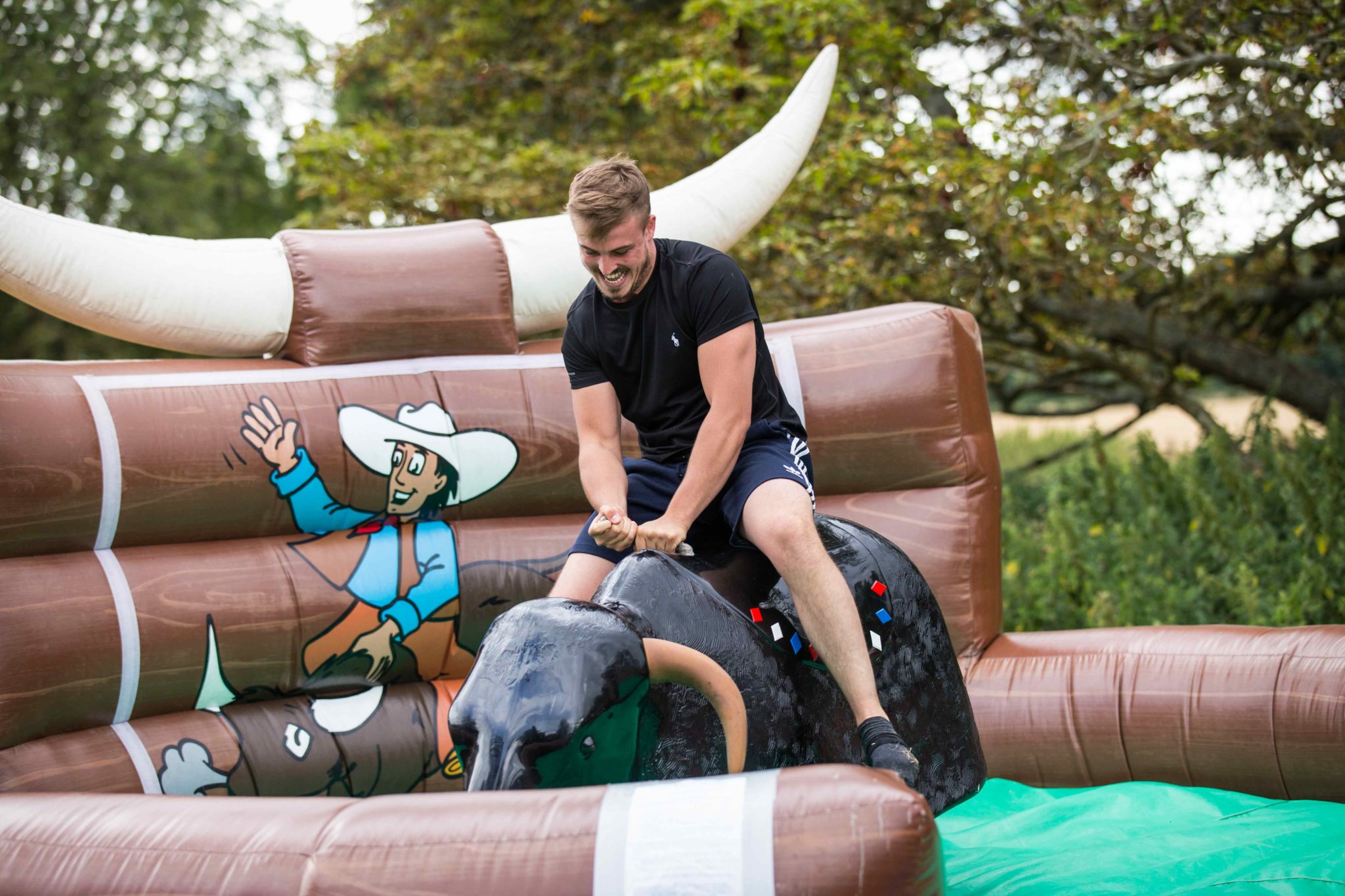 When the games were done, we gathered to find out who was to be crowned this year’s champions. Two teams were called to the podium for 1st and 2nd places. But the mischievous event organiser had a plan in mind. Having handed the medals to Team Six, he watched them celebrate for a couple of minutes, before reminding them that he had only asked them to collect the prize. Team Six’s deflated looks when they were asked to present the real winners, Team Five, with the medals and champagne was a real highlight. As were the victors’ celebrations, led by team captain Sam Dally. 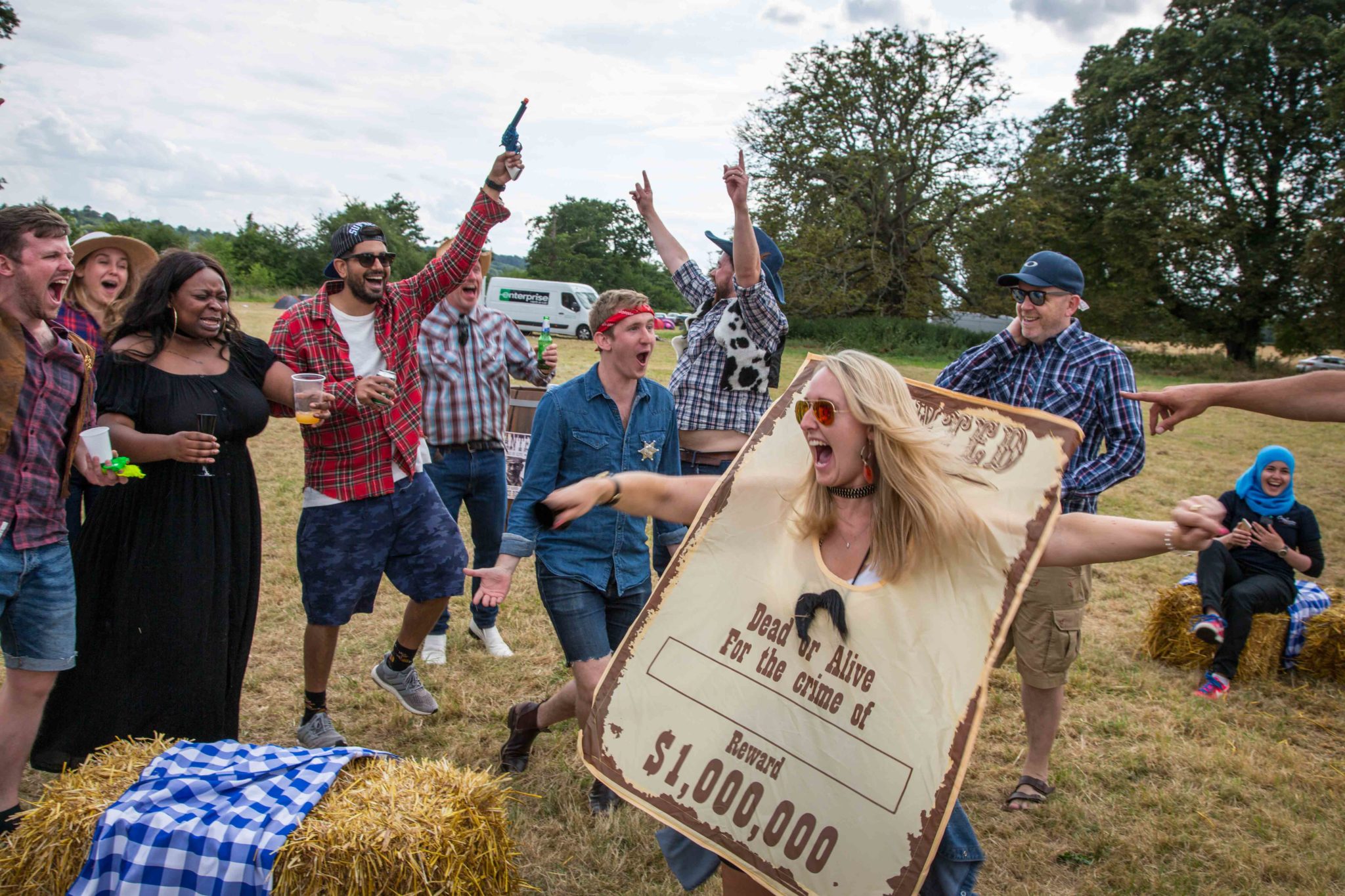 The evening festivities then kicked off with a Wild West feast of chilli cheese dogs, pulled pork and mac’n’cheese, alongside unlimited ice cream. Before our super-talented in-house band got the party going with classics like ‘Jolene’, ‘The Real Slim Shady/Take Me Out Mash Up’, ‘Don’t Look Back in Anger’ and an impromptu rendition of the Octopus Group office’s favourite earworm, ‘Cecilia’. Karaoke carried us through until midnight, with some major highlights including Joe Connell singing ‘Parklife’, ‘Escape (The Pina Colada Song)’ by our man Toby Brown, and the typical girlie Spice Girls sing-along.

As Thursday night became Friday morning, the campfire was lit and the bar kept serving. And while there’s little I can say about the late-night antics (other than what happens at Roctostock stays at Roctostock) you can of course become an Octopede and find out for yourself!

Looking on the bright side: finding the good in 2020

Looking on the bright side: finding the good in 2020

Octopus Group’s Nicole Jones ICW PRWeek: the challenges of COVID, mental health, and what we are doing to help