Roctostock 2018: Grease is the word

Roctostock was first introduced to me six months ago. At the time, I assumed the whole talk of it during the interview process was a way to reassure potential Octopedes of how fun and exciting working at OG can be. However, this idea was swiftly laid to rest as a steady stream of previous Roctostock exploits was divulged over months leading up to the big day.

Very quickly, I concluded that Roctostock was kind of a big deal. Here’s what I made of it.

The previous night had concluded that football was NOT coming home after all. But that didn’t matter! Roctostock was here…living, breathing, and with the promise of all day sunshine!

It was a good day.

This was my first time camping. So I was probably a little more excited for the day and night ahead than most, while loading up the car with my newly purchased gear. I had heard much about the amount of free-flowing alcohol at these events but, I’ve never been one to believe the hype and wasn’t taking any chances. One of the last items to pack was an unopened bottle of Venezuelan rum. Finally, I’m ready.

Poor planning on my part may have resulted in a few speeding violations along the M4. But this was a big day and time was of the essence. When I arrive it’s to a field, according to Google Maps. Literally in the middle of nowhere and with not a soul in sight.

I’m streetwise enough to know that things don’t bode too well for black folk in these parts – so naturally, I’ve got my wits about me. I hear a rustle in the bushes and, all of sudden, a young guy pops up from the hedge looking a little dishevelled and, perhaps a little too happy to see me.

Cautiously, I lower my window, just enough for him to hear me say, ‘errrr….Octopus?’

Still smiling, he tips his cap, spits into a bucket, and proceeds to open the large cattle gate.

Am I really here?

Leaving ‘weirdo-gate’ behind I proceed to enter the field. I see a few parked cars scattered about and noticed a blacked-out 4×4 with spinning rims towards the end of the field. I figured either Tim Westwood or Gary (OG Creative Director) had arrived. Either way, I was safe.

There were quite a few tents pitched. But, much to my surprise, I wasn’t the last to get there. I quickly dumped my belongings and made my way to the bar, unclipping an ice cold Kopparberg and taking a long swig while looking up at the bright blue sky.

The vibe in the field was good. Everyone seemed excited and pumped, there was positivity all-round, I loved it. The OG footballers were trying their best to outdo the performance of their England team heroes. I was unimpressed, but ‘A’ for effort guys.

I’m now on my second alcoholic refresher and feeling good about the upcoming competitive events. First up is the ‘dance’ tent.

I’m not gonna lie, I can dance. So wasn’t worried one little bit about smashing this task. Teammates Ella, Fira, Alice and Kalim were also in good shape to ensure our victory. However, we ended up severely handicapped by what Sandy, Stephen and Kabir brought to the table.

No matter. We still had four more tasks left to secure victory. I remained confident. And next up is the mojito making tent.

We ace it! Five successful attempts at mojitos nailed. I ensured mine was extra potent, and downed the lot before leaving for aim and fire, where we are let down by dodgy equipment and so resort to some good ol’ fashioned hustling of the rather tame adjudicator to secure our worth on this task.

Karaoke is next. We have a lead singer of the band within our team and thankfully, Ella doesn’t disappoint. Most of us make attempts at murmuring the Grease lyrics that appear on screen with a bit of a delay (there was no delay, you just weren’t very good – Ed). Then, it is time for the final task: decorating a pedal kart.

Creative kudos is required for this one. My confidence levels peak again. I know my background in car modifying would surely put us paces ahead of the other teams. We produce something, I believe, quite close to a true piece of art – I’m still proud of our effort.

That said, we probably should have paid a little more attention to how the thing would fair when it needed to race. She is heavy but, she looks good. In all honesty, I really cannot recall which team actually won in the end. But, the standout performance in my opinion definitely comes from Rowley, he was fully animated like a 1920s Disney character – he was owning that performance.

Needless to say, I am well lubricated by the end of the afternoon’s events. Yet, still feel my competitive spirit needs satisfying. Beer pong seems like a fitting remedy, and it has the added benefit of seeing a whole new side to Charlotte that I still can’t quite shake off. The girl is mean, aggressive and at times downright scary! She calls me a ‘pathetic bitch’ twice. I try to retaliate with mildly competitive banter, but she takes beer pong way too seriously.

The night is upon us

The band is on. I’m feeling them. Billy remains composed most of the time and Jamie looks completely at home strumming the guitar while swinging his head to the beat. Pheebz is as energetic as ever, moving me to jump up and down in the tent like a Cypress Hill video. These guys are actually good!

By this point I’m full on drunk and I’m sure G (Creative Resource Manager) is in a similar state – at least I hope, because no one should fall into a band while sober! Fair to say, however, that Jacob is leading the pack on the drunkometer but, this isn’t a race.

Determined not to have a hangover in the morning, I make several trips to my car to balance the consumption of alcohol with water. Which went well, until one last trip back to the car results in me falling asleep!

Later, I wake up in the backseat, I can still hear music, but it’s pitch black – how long was I out for?

My head is banging and can’t focus on what time my watch was trying to tell me so I reach for my phone.

Had I really slept through the evening of Roctostock? I’m disappointed in myself. But, more pressingly, I need to pee. Crawling, out of my car I make my way through the little tent community towards the toilets. I notice a shadowy figure making its way towards me. Somehow it‘s moving as fast forward as it is sideways – a sight to see.

The figure reaches the toilets before me and I can see it is, in fact, G. I don’t want to disturb him, but he must be like some kind of drunk ninja because he clocks me and proceeds to scream ‘GOT A TEXT’ at me through the cubicle walls

On exiting we part ways. Me to my tent and G back to the music tent where a handful of Octopedes are still partying.

My heart wants to join them. My head, still throbbing, tells me to go to bed. I crawl inside the cold tent and notice the unopened bottle of Venezuelan rum looking back at me. Mocking me. 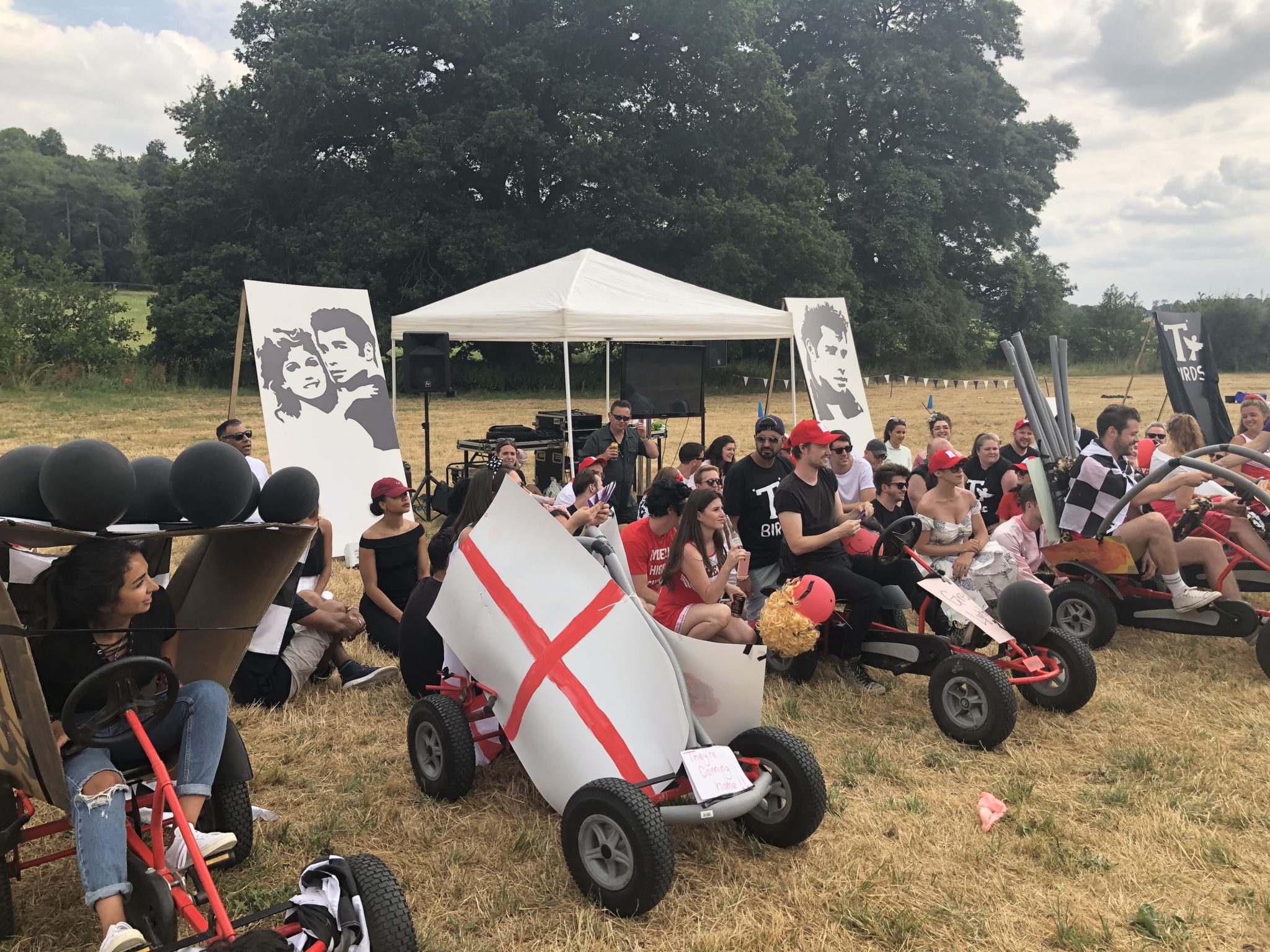 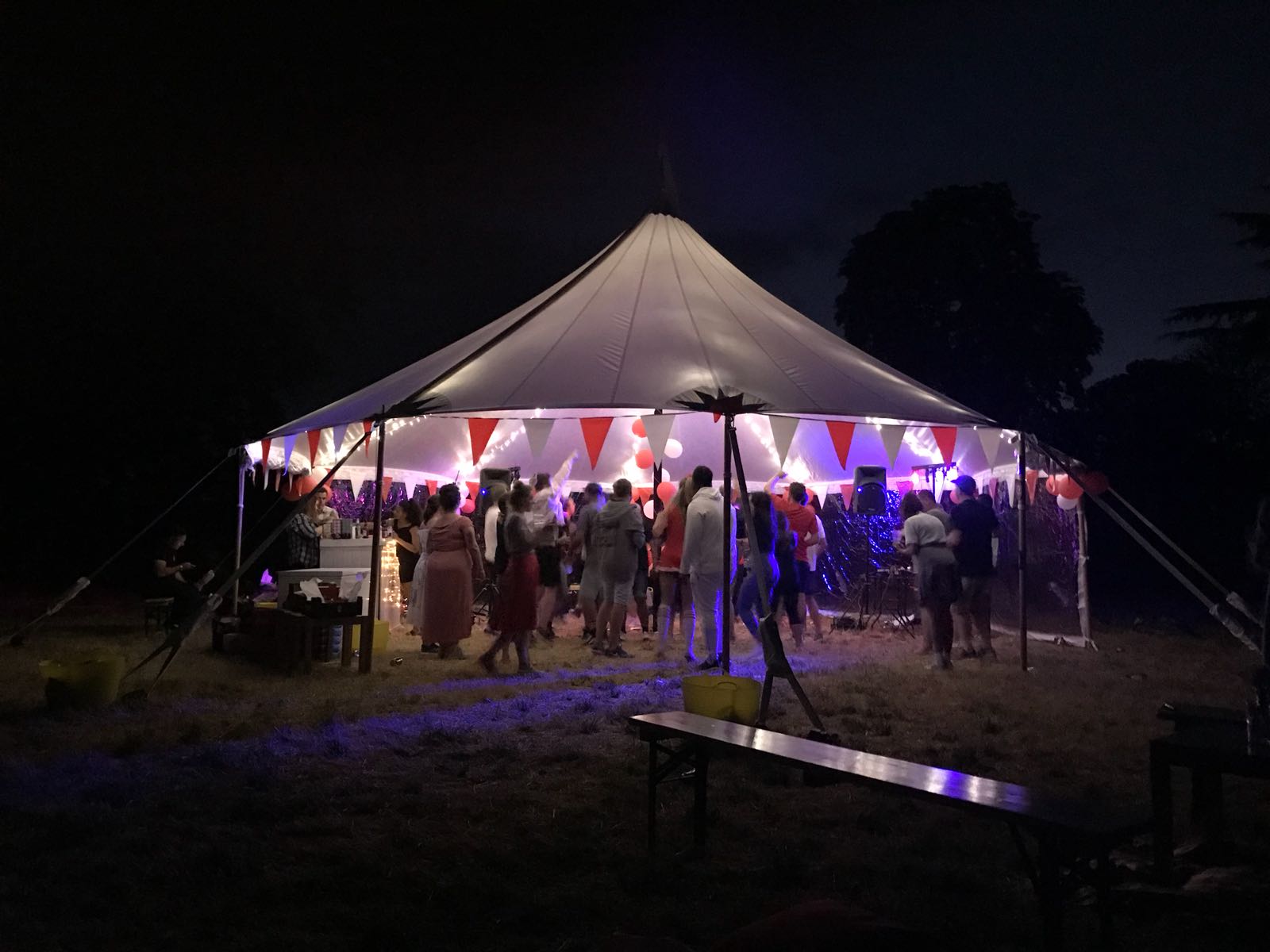 Let’s imagine there was a job spec for our dear friend marketing automation. It’d probably look something like this.
Read more

We’ve been ranked 7th overall in the 2021 Campaign’s Best Places to Work
Read more
1 / 6
We use cookies to enable website functionality, understand the performance of our site, provide social media features, and serve more relevant content to you. We may also place cookies on our and our partners' behalf to help us deliver more targeted ads and assess the performance of these campaigns.
Cookie settingsACCEPT
Manage consent