How our Superstar Awards reward teams for going above and beyond

One of the great things about working at Octopus Group is the genuine recognition teams and individuals receive for doing outstanding work and going above and beyond to achieve results. Perhaps the greatest example of this is our Superstar Award.

The Superstar Award, which is awarded at our monthly company meeting, gives everyone, no matter which part of the business they work in, the chance to receive well-earned recognition as well as pick up exciting prizes. For example, we’ve seen Octopedes enjoy trips to The Crystal Maze Live Experience, Duck & Waffle, test match cricket and even a supermarket sweep at Selfridges.

Earlier this month, our team managed to secure multiple tier one and national briefings (including the BBC) for the CEO of one of our clients. We were fortunate enough to receive a Superstar Award for our efforts, which resulted in a great evening of eating and drinking at the Scottish steak and burger restaurant Mac & Wild. We even managed to get an hour of shooting practice in, but more on that in a minute.

Located just a short walk from Liverpool Street, Mac & Wild is themed around the Scottish Highlands. The menu consists of meat and veg sourced from a range of rural Scottish farms, accompanied by locally sourced Scottish Whisky’s and Beers. Once eating and drinking is complete, the restaurant also comes fully equipped with its own highlands shooting booth (a bit like those arcade games you used to play as a kid…or still do). All in all, it’s a good place for great food, drink and a bit of team bonding.

When it came to shooting practice, it turns out that we’ve got some real sharpshooters in the team. Ella & Pottsy in particular showed a keen eye for slaughtering digitalised baby brown bears and wild pigs. Tom Jinks, meanwhile, showed an impressive ability to hit almost everything but the target he was aiming for. It’s nice to know that he takes animal conservation seriously.

The great thing about Octopus Group’s Superstar Award is that it gives you a real sense that the company is watching what you and your teams are doing, and actually cares. When working in an office, it’s often easy for certain projects, campaigns or individual feats to go unnoticed. The Superstar Award is a great initiative to reward Octopedes for the great work they do on a day-to-day basis. 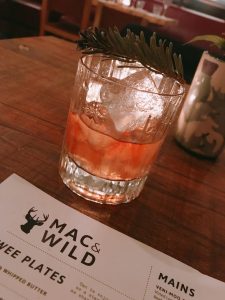 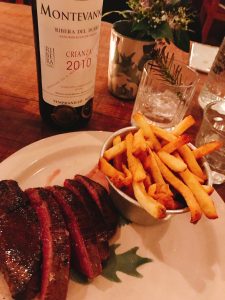 Let’s imagine there was a job spec for our dear friend marketing automation. It’d probably look something like this.
Read more
1 / 6
We use cookies to enable website functionality, understand the performance of our site, provide social media features, and serve more relevant content to you. We may also place cookies on our and our partners' behalf to help us deliver more targeted ads and assess the performance of these campaigns.
Cookie settingsACCEPT
Manage consent